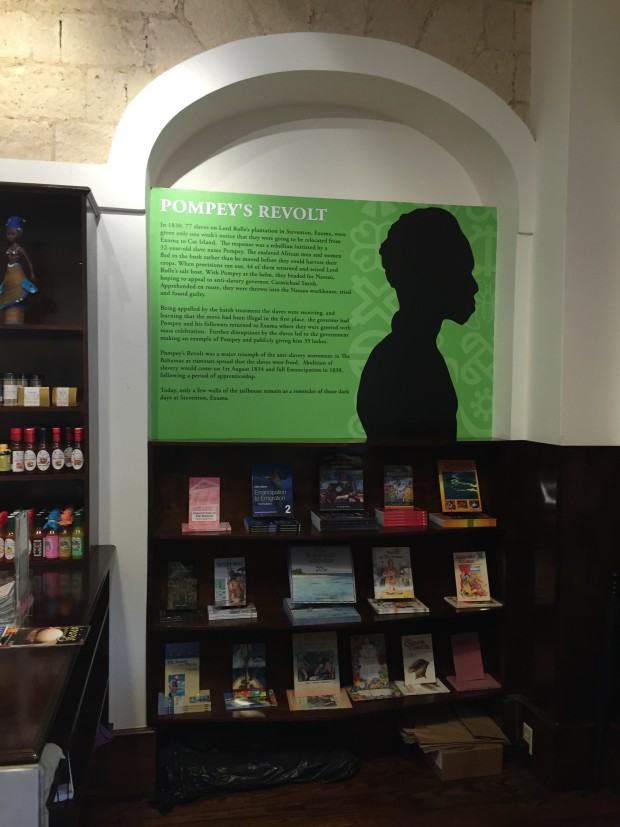 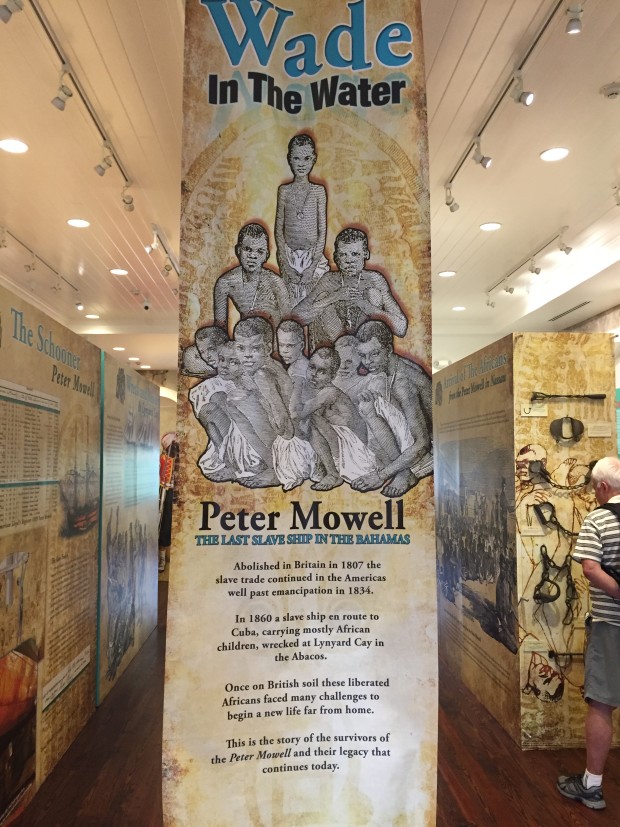 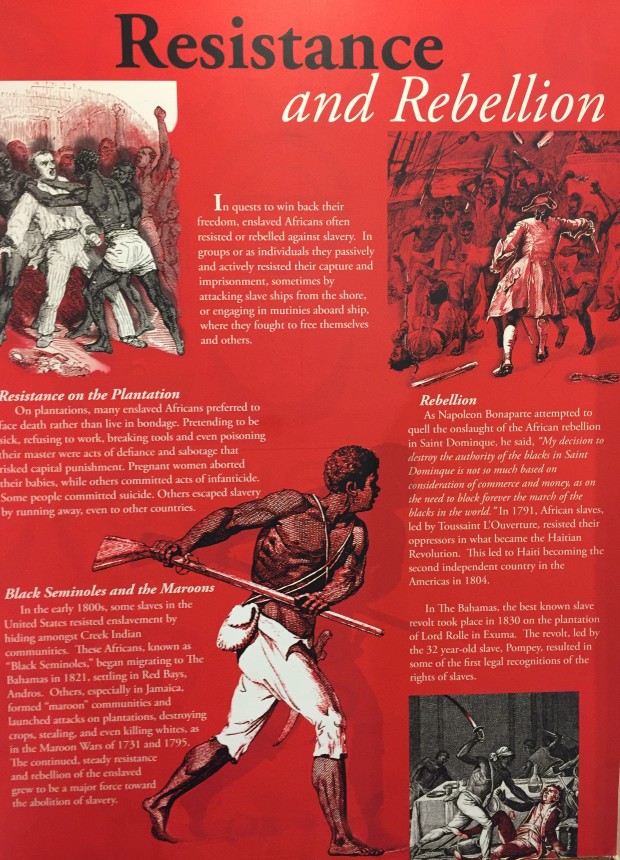 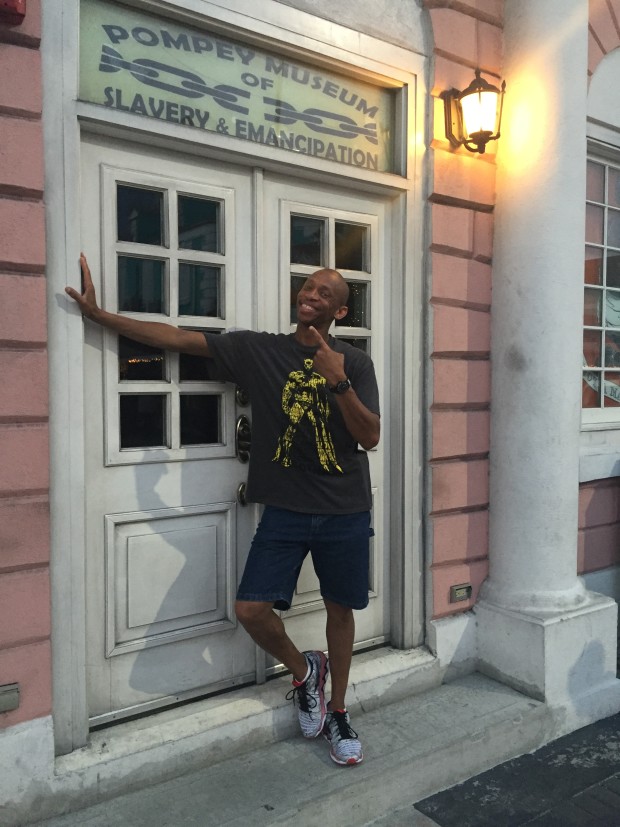 Standing in front of the Pompey Museum in Nassau, Bahamas December 2015

As I reflect back on my year of storytelling in 2015, I realize that it has been a great one from beginning to end. My highlights include telling at the Oregon Historical Society for Oregon Statehood Day, being featured at the Art of The Story Festival, telling for the Summer Reading Program with Chemeketa County Library System, and presenting at the City Club of Portland.

Most recently, on a trip abroad I had the opportunity to visit the Pompey Museum of Slavery and History in the Bahamas. What great way to close out 2015 than to learn more about the history of the Bahamas, its people, and their stories. Located on the busy and poplar Bay Street in Nassau, the museum is hard to miss with its bright exterior of pink and white bricks. The Pompey Museum is housed in a structure known as the Vendue House, which was once used as a mart to auction slaves. The name of the museum comes from one of the slaves who led a successful revolt against his master in the Bahamas. The museum houses a series of murals of texts with significant historical facts and happenings relating to the people of the Bahamas.

As I walked around the museum and filled my head with knowledge, I could not help but thinking that I have heard this story before. It is a similar one to the Africans who were brought Virginia, the Carolinas, and off the coast of Georgia. Many of the same types of harsh treatments, conditions, and punishments were identical.  And despite the conditions, the displaced Africans found a way to survive and maintain their culture as well as traditions. One of which is storytelling. And incidentally, one of the folk characters of Bahamian stories is a trickster called Ber Bookie or Ber Rabbie. This character is very similar to Brer Rabbit from the African American South. That being said, when I inquired about Ber Bookie, it brought a smile to the guide who replied, “Yes, those old stories continue to be passed down”.

Now admittedly, before this excursion to the Bahamas, I knew very little about its history, or people even in relation to stories. However, in retrospect I have gained a better appreciation of the culture, region, and its proximity to our country. And with the Bahamas boasting 700 islands to explore, there are surely just as many stories to tell if not more; so as the saying goes, “have stories, will travel”.